I am old enough to realize that worrying about if my bangs will sit properly or not is not worth my time. I had a revelation and then I found some scissors.

And because I love to humiliate myself on this blog, now is the time for an awful photo montage (well, not really a montage) documenting the journey of my frustrating bangs over the last 4-5 years or so. Here you go:

This was probably the best my bangs had ever looked…EVEN THOUGH I COULDN’T SEE A THING. (ft. giant nose zit. Thank god grade 11 is over.)

But then they did this….

…so then I retaliated with some bobby pins…

…and then eventually gave up. 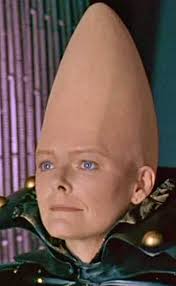 Then some pictures were posted where my forehead looked like this

So I did this!

Now I feel like an adult who can actually see out of both eyes.

A Photo Supplement: The Triumph

It is a beautiful day today. If you’ve forgotten, I live in Canada and it’s the middle of March. Today the high is 16c (60F or so)! To tide you guys over while I’m out enjoying the weather (okay, while I sit inside by the open window and work on some stuff I’ve been procrastinating on), here are some old photos I promised to post a few weeks ago from the Canadian International Auto Show.

According to the wonderful Wikipedia, Triumph hasn’t released a new car model since 1981. I was understandably confused by this display of old cars at the show, considering I had never even heard of the brand. I’m quite glad I got to see it.

I find cars very hard to photograph, especially when the lighting is dark and I’m using a borrowed camera.

There were plenty of other colours of cars, but apparently we were subconsciously drawn to the red ones. Why not, they’re rather pretty.

If you’ve been as lucky we’ve been, go out and enjoy this lovely weather!

Today was a nice, freezing rain kind of day. I couldn’t get anything done on my route today, so I thought why not go down to the Scarborough Bluffs and take some pictures?

Bluffer’s Park holds a lot of my childhood memories, and more recently memories of me failing at taking up jogging (ugh, long story).

Here they are, as I tried to make light of the most disgusting day of the month so far.

These bright red berries really stand out on such a drab day.

Looking west out to the little man-made thing where I previously attempted to go jogging, HA.

And east, towards to the marina

It hasn’t really been that cold, but the ice still won’t let the rocks go.

A spot to take in the silly ducks who put up with the super-choppy waters of today.

And a few steps back

The houseboats of Bluffer’s Park. I’ve never known what exactly attracts people to live in “floating houses” (not really boats since they don’t go anywhere) but hey, at least they have some cool geese to look at.

For those wondering, those would be the “bluffs” in the background. For some reason I didn’t get any pictures of the actual bluffs. Go figure.

You would not believe the amount of people just sitting in their cars in the parking lot. Are they waiting for a drug deal? Just drove down to think? I have no idea.

I spent so much time here in the summer as a kid, but it’s something completely different to come and walk around when everything is covered in ice. Try it sometime.

A Weekend in Quebec

This past weekend, my parents and I went on a mini-road trip to visit a university in Quebec, 8 hours away. We stopped over and spent Saturday in Montreal before continuing onto Sherbrooke, 2 hours east, for Sunday. Although there … Continue reading →