A Photo Supplement: The Triumph

It is a beautiful day today. If you’ve forgotten, I live in Canada and it’s the middle of March. Today the high is 16c (60F or so)! To tide you guys over while I’m out enjoying the weather (okay, while I sit inside by the open window and work on some stuff I’ve been procrastinating on), here are some old photos I promised to post a few weeks ago from the Canadian International Auto Show.

According to the wonderful Wikipedia, Triumph hasn’t released a new car model since 1981. I was understandably confused by this display of old cars at the show, considering I had never even heard of the brand. I’m quite glad I got to see it.

I find cars very hard to photograph, especially when the lighting is dark and I’m using a borrowed camera. 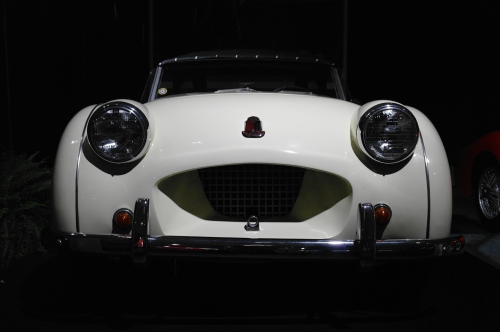 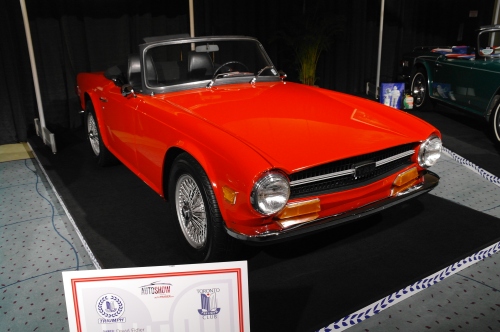 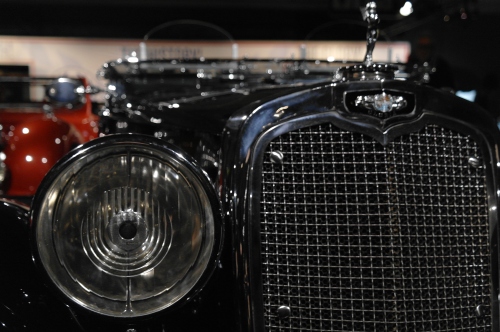 There were plenty of other colours of cars, but apparently we were subconsciously drawn to the red ones. Why not, they’re rather pretty.

If you’ve been as lucky we’ve been, go out and enjoy this lovely weather!

It was on a snowy, gross Friday that we headed down to the Metro Toronto Convention Centre for the Canadian International Auto Show. You have to be strategic with these things, if you show up on a weekend or “family day” (a relatively new holiday monday that coincides with America’s Presidents Day) you can say hello to a day filled with giving stink eye to idiot parents who think letting their toddler sit in the BMW’s drivers seat and hogging it for 20 minutes is adorable and reasonable. It isn’t.

One of the first things we ran into was free coffee at Buick’s display. I know nothing about high-end coffee (you can make it without a Tassimo machine? Interesting) and it looks like these baristas put some work into their product. Plus, look how adorable they are! That’s the Buick logo made out of chocolate shavings on top.

This would be the new compact Verano that we listened to a sales speech for while waiting for our free coffee. Fair trade-off. I wanted to get a good picture of the angry eyebrow-like chrome tail light accents, but I was juggling a parka, purse, camera bag, and delicious coffee at the time of taking this. That’s my excuse.

There were some interesting concept cars, as always. This would be the Volkswagon Bulli, an obvious throwback to their beloved and iconic minibus. Some pages I’ve pulled up have estimated this will be on sale around 2014 or 2015. Personally, I wouldn’t mind seeing one of these pull up amidst a sea of ugly Dodge Caravans.

I’m not a huge BMW fan, but this was neat. Note the weird doors, I would love to see how they actually close, since it looks like there’s a few moving parts. 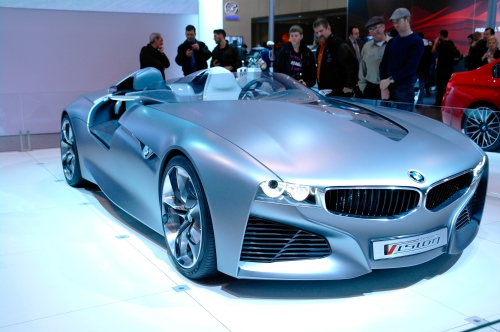 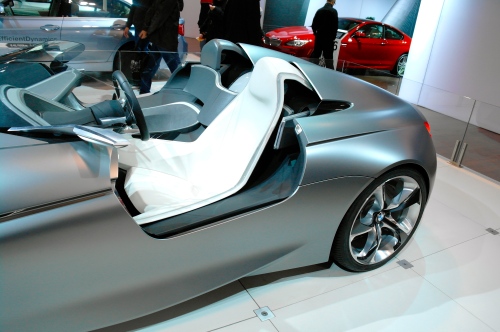 The last concept I took note of was the beautiful Stingray. Classic Stingrays are one of the only cars my boyfriend will notice/admire, so obviously this concept made him a little less annoyed that I had dragged him to auto show. 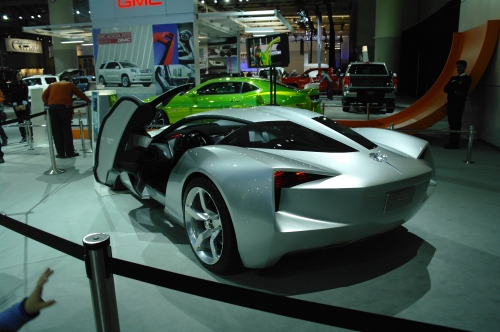 As always, there was an entire floor of beautiful classic cars. This year it was the Triumph, and I think I’ll save those pictures for another post because, well, they’re actually decent.

All in all, it was a good way to spend a Friday. This is the only event where I don’t feel too guilty shelling out $15 for a lemonade and a single slice of pizza. Not even those giant slices you get at your local Pizza Pizza, they’re like 1/3 smaller I swear. Nope. No guilt there.

It's okay, you're still beautiful.

A little known fact about me (well, maybe not little-known to anyone who has ever had to wait for a cab with me outside a bar while I drunkenly call out car models that pass by) is that I love cars. I can identify car makes and models by the shape of their headlights, I think car shopping is one of the most interesting things in the world, and I once ended a relationship because the guy I was dating mixed up a Hummer and a Tahoe. It was more of a tipping point, you know, the “straw that broke the camel’s back” since I’m not that cold-hearted, but still.

It’s not like I grew up in a world of antique car shows or even a world where my parents bought more than one car every 15 years. My friends’ parents all drove Sunfires and Corollas.

I’m sure it all spawned from listening to the dinner table talk, where my autobody-shop-working dad told stories of hilarity about rich people who kept wrapping their Corvettes around poles and whatnot. Do you even know how much paint costs for  a Bentley?!? Here’s a hint: Watch out for poles when backing your 150 thousand dollar car up.

So I took a passive interest in cars. It’s not like I sat there with flash cards every night trying to memorize the slight differences between a Blazer and a Jimmy, but I still knew that your parents drove a Ford Winstar, not a Dodge Caravan you idiot.

I even had my own dream car growing up! A very specific one, too:

Although, I would have to update those rims.

I remember almost crying when we got a flyer in the mail advertising the new 5th gen Mustang. The front grill! What did they do? Oh my god!!

I learned to accept it eventually.

Although I can out-do, or at least keep up with, any of my macho guy friends when they talk about cars, sometimes my knowledge makes for an embarrassing moment.

Every industry has its own slang, I presume. Sometimes you don’t realize that maybe not everyone grew up learning about cars from a blue-collar father who worked in a body shop. Not everyone.

In grade 11, I rolled into my math exam looking extra frazzled, I suppose. There is a certain amount of frazzled-ness appropriate for writing an exam on advanced functions, but I guess I surpassed that because everyone was asking me what happened.

“My tranny died,” I replied.

The night before my car had broken down (at 11:30 pm, no less. I didn’t do so well on that exam.) Apparently the radiator went bust and the transmission seized since it was getting no fluid. I pulled over quickly so the transmission turned out to be okay, but at this point I was still under the impression I was going to have to pay 3 grand to fix a car that was purchased 3 weeks before.

My curious friends looked at me with blank stares on their faces and said nothing.

And that’s when I realized that to the minds of 17 year olds with bankers as parents, a “tranny” is not a transmission.

I’m looking forward to the Canadian International Auto Show this week. There’s something about shiny new cars that I’m able to sit in that makes me so happy. It’s the small things in life, isn’t it?